Primary Scratch Project: The Adventures of Buzz and ALF-E

Two characters travel throughout the solar system exploring each planet and providing information and facts. 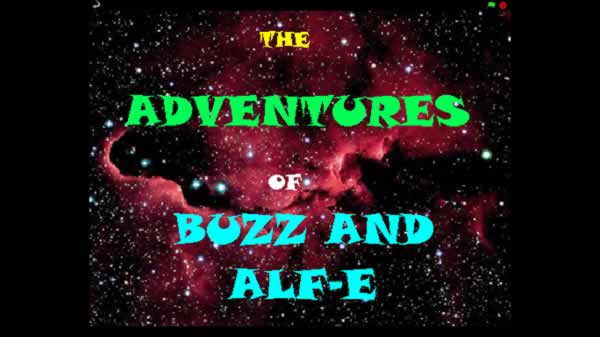 Mark's Analysis of how the project went

secondary education, I went into this specialism hoping to learn ways into which I could use the Scratch programme in my lessons to hit this new criteria. When I first heard the news that this initiative was going to be put in place from 2014, I was worried how it would be possible to teach primary school children programming. This specialism has helped me realise that it is possible with the layout and wording of the commands on the screen. I think that Michael Gove is right to want to change ICT as I believe that the majority of lessons are outdated and that there are too many teachers afraid to use it in their lessons. I believe that Scratch is an exciting program, and if the teachers are trained properly, they will be much more confident in using it as part of their lessons.

During the first lesson, I was working by myself and I found it very difficult to understand how to move the characters around the screen. This all changed when I joined two others and formed a group working collaboratively to solve any problems. We decided to do our project on Space and the major benefit of this was the vast amount of information that we could find online. I found it very easy to incorporate images and information to each planet and could experiment with different ideas. This has led the science project becoming cross-curricular with subjects such as maths, literacy, music and art. We have produced our project with different control commands to start different areas of the solar system, this will enable the teacher to only show the part they want to show and not have to watch through all of it (which was the biggest problem – see below).

One of the biggest problems we faced was the timings of the characters and the background. When we split the work between us and worked individually on each planet, we were able to complete this quite easily. However, when we started to put them together the timings went wrong and we had to spend a number of hours trying to correct it. The main problem with Scratch is that it doesn’t have a video control system such as pause, rewind and forward wind. This means that at the later stages of the project we would have to watch the whole project from the beginning to see if our changes worked. When we started the project we each chose the planets we wanted to work on and this led to problems when putting it together as Scratch does not have a cloud system that we could save our individual work and merge them together. This led to us starting from the beginning and rebuilding the whole project.

I learnt that it is possible to use Scratch throughout all the curricular subjects and that it can make lessons creative and exciting for the children, which will have a positive impact on their vision of ICT and their future employment prospects. By working in a group I have learnt that this is the best way to overcome problems and this would be vital when using it in schools, therefore when I use this I would recommend the children working in pairs or groups. Whilst working on this project I became so immersed in the project that we started to explore other adventures that the characters could go on and I hope to evoke this enthusiasm to my pupils.

I have spoken to my headmaster about the project and he is keen to start this in the near future with me running an after school club. This will lead on to me becoming the school’s ICT co-ordinator although by then it may come under a different title. The main problem I face would be in getting the teachers confident enough to use this programme within their lessons. I feel that if I was able to work with a few of them during a couple of training days to build their confidence then this obstacle would overcome. On-going training sessions can then be put into place for professional development for all staff.

I think this specialism is fundamental in the future PGCert course at Brunel, and has made me feel ready to take on Michael Gove’s challenge next year. Some suggestions to make this specialism easier for future students would be to have a bank of music or sound files that they can include in their project; it was time consuming trying to look for wav or mp3 files that I was able to download and use that suited my project.