Many Head Teachers have been dismayed by the seemingly impossible demands of the new Programmes of Study for Computing. Can their ICT teachers now, suddenly, develop a wide range of new skills in Computing? Can pupils aged only 5 years really understand, write, and debug computer programmes?

The answer is quite simple: Yes.

A pilot curriculum project, undertaken at the Swaminarayan School in Neasden, West London, shows very clearly that, given the right support, whole classes of students, both in Years 1 and 2, can fairly easily fulfil the requirements for the whole of Key Stage 1 above, and, remarkably, in just over six months. The project is called “Literacy from Scratch”, and involves pupils being engaged in cross-curricular work (Literacy, Computing, and Art) using the MIT visual computer program, Scratch, to develop block coding skills to create animated stories.

Here is how it works:

The Y1 pilot teaching group at Swaminarayan School had already started work, in September, on a series of lessons in the computer room, based around developing basic computer skills, such as using a mouse, logging on to the network, and controlling simple text. It was felt that this series of lessons, Step 1 below, lasting about six weeks, should be completed before the pupils actually started work on Literacy from Scratch.

Step 1: Learn the basics of using a computer on the school network

Discuss the parts of the computer, and what they are used for. Discuss the function of the mouse. Talk about the difference between the mouse on a computer, and using a laptop. Learn how to load programs, such as Scratch and Paint, and how to save files on the school network. Further support for teachers is posted on the Literacy from Scratch web site.

Step 2: Plan a short narrative, in English lessons. Develop this story, using the support materials on the web site.

It was decided that the Year 1 pupils should also create their own Sprites and Backgrounds. Their class teacher then developed their story plans, in their subsequent English lessons. Following this detailed planning work, the pupils were then shown the relevant aspects of computer coding, in Scratch. These included: 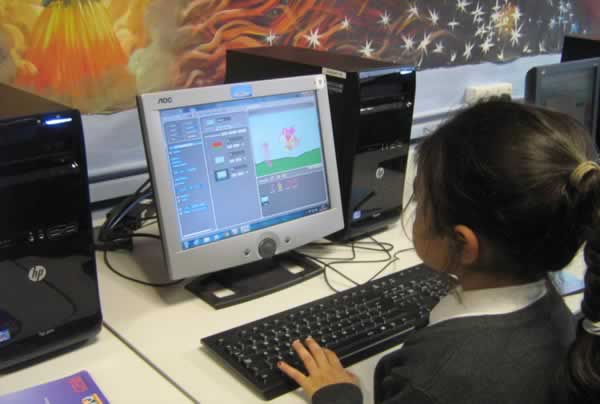 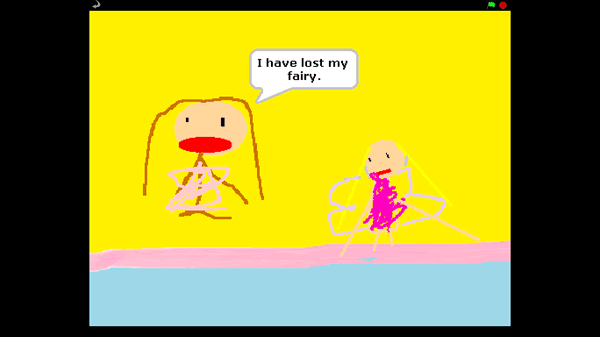 The results of the project were impressive:

All students in the Year 1 and 2 classes completed the following:

The response from the class teachers was very positive.

Year 1 teacher, Donna Roberts, commented, “At times, quite frankly, this process has been somewhat frustrating, with multiple hands in the air, and students calling out, “Miss Roberts! I need your help!” But, I have seen such a massive progression both in their Computing and Literacy skills, in just a few months, that the calls have now become, Miss Roberts! Look at what I can do!”

Swaminarayan Head Teacher, Mr. Raja, is justly delighted with the success of his young pupils. KS1 Computing as alive and well in west London, in a school which is clearly leading the way.